Lately, I’ve been finding myself bored with the mechanical grind aspects of music. I’ve been working in practice spaces for years with various musicians and the business of music is feeling like the capitalist commercial process devoid of joy that it is.

This isn’t a good feeling, being as singing and writing music are two things I’m still very passionate about, along with writing. I managed to fool myself for a few years there that I could get through the grind part of it without stalling out like I did in my twenties.

Art as commodity–it’s been covered so many times it’s dull–but I do agree with my partner Ed and also my friend Kirsten,  that pairing art with capitalism and money generation can rob it of its joy. The past few weeks I’ve been looking at The List for punk shows (and most shows) in the Bay Area and finding myself bummed at what I can see happening. Shows are everywhere, the market is saturated, but many venues remain pretty empty. Meaning that musicians are supporting musicians. The same scenes pair with the same scenes for bill after bill, year after year. Why does this depress me? Shouldn’t I be glad we have venues to play in? Music we love to play? That people are getting out there and playing even with day jobs?

Live music at the bottom level can be a thankless grind. I’ve found much more satisfaction singing and doing instrumentation for other people’s projects, to be honest. I love playing shows but the carrot at the end of the stick is pretty chewed up in this day and age.

Maybe it’s just the old ennui. Lately I’ve felt doldrums about outlets to express art, except for the killer vibe I’ve gotten doing solo gigs at small literary events, which always cheers me up (thank you PCR!) maybe it’s the art itself I should be focusing on instead (duh), except I’m a slave to the grind like anyone else. Food, rent, bills.

In spite of inevitable doldrums found when the grind seems the same over and over and even too much fun is getting boring the key is to continue, regardless, so it’s best I shut the fuck up and continue to work at my craft, or I’ll find myself at 40 wondering why I gave up so early (again). But with the earthquake in Nepal, the drought and class divide struggles going on in California and my inevitable death someday, I’m finding it hard to believe that anything other than working towards a better quality of life for myself, and all humans is completely a waste of time. Music can be used to expose the problem, but we already have bands that drive us nuts with their political leanings, like U2. 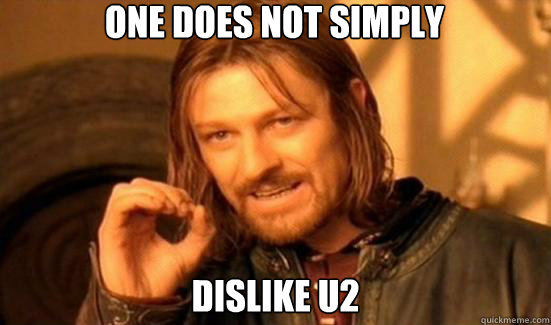 On a more positive slice-of-life note, I walked through Oakland on Sunday with Ed (I’ll tell you more about Ed in coming posts, perhaps). The sun was out. Various restaurants were hosting music of all kinds, from jazz to…well, there was a lot of jazz. There were people doing capoeira on the grass, to the music generated by a man playing a berimbau and singing. Nearer the lake, a group of picnickers looked away as an awkward off-key musician friend stood over them, singing songs they likely couldn’t stand. I cringed–it was pretty bad. Obviously no one had the heart to tell him, and we couldn’t figure out if that was a good or bad thing. Probably bad. Feedback is imperative to being a musician people actually want to listen to, although what is listenable is subjective. But hey–doing music without monetizing it yields that variety I saw on my stroll. No public filter, everyone free to perform.

Art is booming in Oakland. Walking down Telegraph and Grand I find so many art galleries and live events going on any night of the week I can’t wrap my head around it. Which makes me feel happy, but like, perhaps I should go back to school and become a nutritionist or something.

We just found a new enthusiastic kick ass drummer, or he approached us, rather. A guy I’ve known for a while and jammed with in the past from Indonesia who is very chill. We are working on a set and will likely be booking a show within a month or two, hopefully recording a new EP as well.

But I’m finding that music is something I am not driven to do at all costs right now. I feel… no urgency or rush and that worries me. I’m bored with the outlets. It’s hard to push past. Many of my peers are touring but though I wish I had that laissez-faire they seem to have, sleeping on floors and being in incestuous bandmate situations crammed on tiny sprinter tour buses doesn’t move me. The Bay Area music scene is like high school.

Sometimes, when you are obsessed with something at all costs, or you feel you couldn’t live without it, it’s worth examining your motivations. I still wonder sometimes if I didn’t just do music because my dad did and because I felt isolated and was beat up in school. I wanted to meet different people, wanted to get out of the small world I was in. But I have found again and again, musician or not, people are people and we do fucked up shit to protect our own bottom line. When it comes down to it, I’d much rather be a kind person than a musician who is so obsessed with myself and my vanity projects that I treat other people like shit in order to acheive my dreams. Dreams can be manipulated–they don’t own you. I’ll keep doing my own thing, and it may morph. I just hope I can be flexible when it does and not feel I failed at life. I’ll never stop playing music, I’m still writing songs, but the commercial means of getting it out there are boring as all hell to me right now. It seems stale to keep forcing connections in a limited, overpopulated pool. I wonder how many musicians feel the same? How do we keep on keeping on on the face of malaise? Is it worth it? Apparently I need an attitude readjustment or to simply find fulfillment in another way.